As start, I’ll tell you how I came to know God and Jesus Christ, also the evidence I got and real miracles that ever happened to me.
Then I’ll recount some words from the Bible that are especially important to me. They’ve always strengthened my resolve to follow only God’s path, and they’re the words that you don’t normally hear from the pulpit. In my entire life, I’ve seen many people read books – but I’ve never seen anyone read the Bible. They act as if they’ve been poisoned if they as much as hear its words. If they read it and are seen by the others that would be the end of the world to them. They feel so shameful that they’d rather to disappear. Yes: Then never touch the Bible!
I’m going to amaze you and show you how unique the Bible is. Start reading and see how much you’re surprised!
If you put effort into it, you’ll receive wisdom as reward.
God says: If someone wants to be truly wise, then he must firstly drop off his earthly wisdoms. True wisdom means nothing but taking God seriously, loving him, believing and hoping in him with all of our power and with all of our thoughts and actions, and believing in him yesterday, today, tomorrow and for all eternity. Amen!
Don’t think that I spent my childhood on the straight and narrow or that I was a flawlessly pious man. ‚Revolutionary‘ and ‚horrid‘ are probably better terms to describe me. Nevertheless, I’ve always helped the weak and the oppressed, and I despise treachery, lies, intrigue, hypocrisy, falseness – and especially ‚do-gooders‘ that look like sheep but are actually wolves. I’ve always fended for myself and had to fight my way through life. Whenever I needed help, those so-called friends were all soon disappeared. But anyway: let’s read, you won’t be bored!

A thunderstorm and engine failure above the North Sea

I still don’t know why I signed up for this flight. It was purely a suicide; a ‚flight of no return‘.
It was an extremely hot afternoon and the air was muggy. You could hear the incessant rolling of thunder a long way off towards the sea, but in Emden, the weather was still rather good. Air traffic had actually ceased, and I was sitting there with some other pilots in the Flight Office. Suddenly the office door sprang open and my boss came in tell us that a passenger had to go to the island of Borkum urgently. „Who wants to fly in this weather?“ he asked. We looked at each other, but no one responded. I stood up and said: „Okay, I’ll do it.“ We often flew VIPs, government officials, actors, pop stars etc.. And my passenger was from the government. I took him to the plane right away. He only brought a briefcase, no large luggage.

Three minutes later we were in the sky, and soon I saw the weather getting even worse. „Oh, the weather up here looks much worse than it does from the ground!“ my passenger said. He also apologised for my having to fly in this terrible weather, but emphasized the importance of his meeting. „It’s not that bad. We’ll make it,“ I replied. When I reached the shoreline, all I could see was a deathly black storm front. The clouds were spiralling upwards, and I knew that we wouldn’t have a normal flight if I flew into them. I was supposed to stop the flight and head back, but I decided to continue. I radioed in that we were flying over the shoreline and then began to head towards the dark storm. Just a minute later, I was in Hell. Visibility dropped to zero and the plane was like a feather shaked by the heavy rain. I thought that the plane would be broken apart at any moment. Thunder and lightning alternated from second to second, and the incredibly loud noises surrounding us made me think that we might have flown into hail.

Thunderstorms can cool the air very fast, and this can lead to carburettor icing and engine failure. I checked the carburettor and pulled the lever to supply warm air to it; if the carburettor iced up, the engine’s number of revolutions per minute would increase to a dangerous level. Exactly at that moment, the engine stopped – and its number of revolutions per minute fell to zero. I sent out a mayday over the radio: „Call sign DEGNU, Engine failure over the North Sea between Emden and Borkum.“ I reached under my passenger’s seat and pulled out a life jacket with my right hand. „Put it on!“ I shouted. I found that his face had become as pale as a corpse, but I couldn’t worry about that right now. Everything had to be done very fast; I didn’t even have time to put on my own life jacket. It would have been necessary, because I couldn’t swim.

How it looked before I flew out over the North Sea 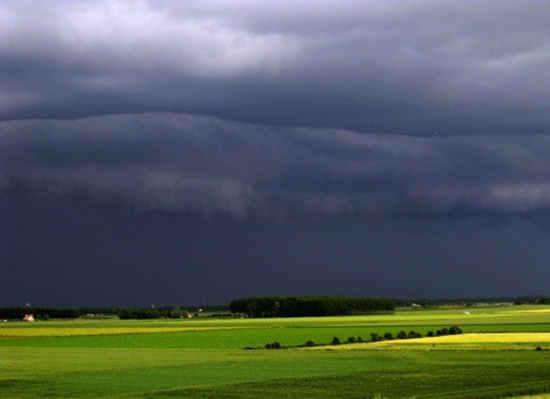 What was happened? Why the engine broke down? I instantly figured out: When I’d opened the flap to let warm air pass over the carburettor, rainwater had collected and flooded into the motor. The plane’s speed meant that the propeller was still turning, though. While it wasn’t providing any power, it might still pump the water out of the motor. What I needed to do now was to get the motor working again, so I pressed the starter repeatedly. Radio messages came in, but I just ignored them; I couldn’t lose any second. I kept on looking through the windshield to see if the propeller had started to run faster. However because of the raging storm outside I couldn’t hear it. I was also watching the motor’s RPM counter, but it remained close to zero.
Suddenly I saw something white at about 30 degrees below us. I didn’t need long time to recognise what it was; we were only about 500 metres above the North Sea when the whole incident began, and we’d been falling fast. A second later, I saw white foaming waves approaching us with great speed. I knew that we’d be in the cold waters in just a few seconds… 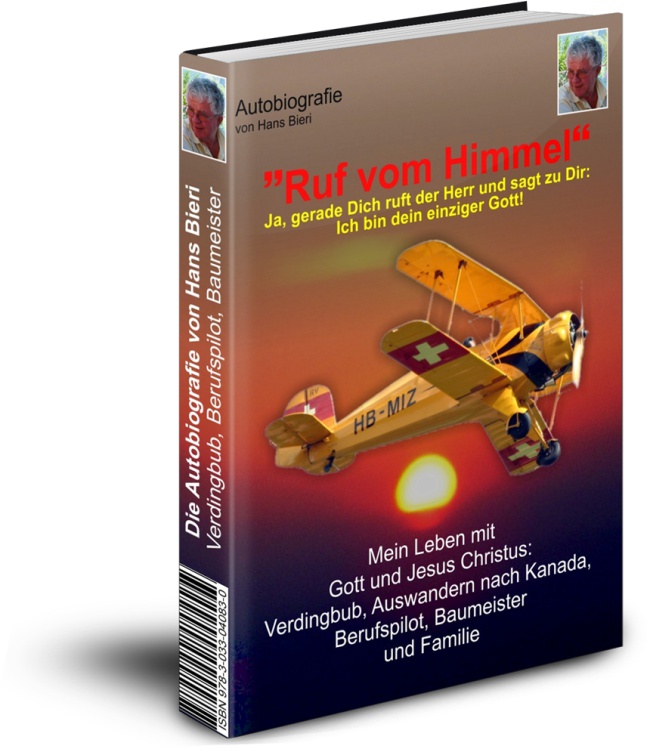 Autobiography from a pilot
PDF version